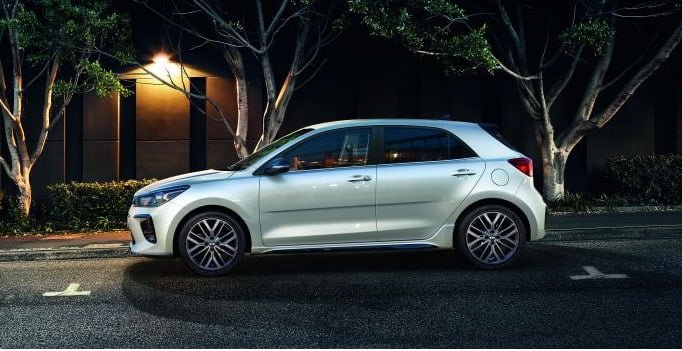 Cars can be expensive. In the aim of saving a buck, a used car can be tempting, but let’s face it, nothing beats the new car smell and knowing no one else has used it before you have. If you’re on a strict budget of less than $20,000, you’re probably going to have to buy a small or compact car - most likely a hatchback or a small SUV. However, just because they’re small in size, doesn’t mean they’re small in features. Even basic cars nowadays come with five-star safety and decent entertainment options. So, what are the top cars that won’t break the budget?

You might not think a Volkswagen would make the list, but here it is. The base model ‘70TSI’ Polo comes in at just under $20,000 drive away. For that you’ll get a 3 cylinder 1.0L turbo petrol engine, matched to a five-speed manual gearbox - the auto is slightly more. This car demands 95 fuel, however fuel consumption is just 4.8L/100km combined. Add to that and this qualifies as a green car by loans.com.au standards, meaning you can get a 70 basis point discount off the advertised rate of our new car loan.

At less than $16,000 drive away, the MG3 is among the cheapest on this list. For that you’ll get a four cylinder, 1.5L engine with a four speed auto. While MG is more famously known for its made-in-UK sporty roadsters in decades past, the MG3 is made in China. However, you’ll get a 7 year/unlimited kilometre warranty. It also demands 95 fuel and consumes 6.7L/100km combined.

The Honda Jazz has been on Aussie roads for quite a while now, and in 2020 it’s more of what we know and love, just in an updated package. At around $19,300 drive-away, the cheapest model comes in manual form. The good news is that unlike other small hatchbacks, it only demands 91 fuel as it isn’t turbocharged. However, fuel economy suffers somewhat, consuming 6.5L/100km combined. Peak torque also doesn’t come on until 4,800rpm meaning you’ll likely need to rev the car more to get it moving.

About the cheapest and smallest SUV you’ll find in Australia, the Trax can be found new for around $20,000 drive-away, depending on your state’s on-road costs. With front wheel drive, and a 1.4L turbo petrol engine, it’s probably more at home on suburban streets rather than the dusty trails. Additionally, it demands premium 95-RON fuel.

While older models famously used to be one of the only cars delivered in hot pink, the newest Mirages have shed that colour from their palette. The cheapest models can be found for around $16,500 drive away. However, once again you’ll have to drive manual to find the cheaper prices. The engine size is a three cylinder, 1.2L non-turbo. Fuel consumption is just 4.7L/100km combined and demands only 91 fuel. As an added bonus, the Mirage qualifies as a green car with loans.com.au.

This list wouldn’t be complete without a cheap and cheerful Suzuki. The Baleno can be driven off the dealership lot for less than $17,000. For that you’ll surprisingly get a four cylinder 1.4L engine, and an automatic, albeit a four-speed auto. It demands 91 fuel and consumes 5.4L/100km combined. And, to boot, it qualifies as a loans.com.au green car.

The Picanto is among the cheapest on the list, at under $16,000 drive away. For shelling out 16 big ones you’ll get a four cylinder, 1.25L engine matched with a four speed auto. However, like with most Kias, you get the brand’s long 7 year/unlimited kilometre warranty. It can also take E10 fuel, and consumes 5.8L/100km combined. Once again, this car qualifies as a loans.com.au green car.

If you have your heart or mind set on a new Kia, but the PIcanto is too small, the Rio might be more what you’re after. With a slightly larger 1.4L engine, the Rio ‘S' manual edition comes in at under $19,000 drive away, but once again to get the cheapest price you’ll probably have to be willing to use a manual transmission.

Now technically by the time you add on-road costs to the sum total, you’ll be paying closer to $21,000, however before on-roads this car is right on the $20,000 mark. While not strictly under budget and not as cheap as others in this list, it might provide more ‘value’. It’s a slightly larger sedan, with a larger 2.0L engine, which might provide a little more push off the line. It consumes 7L/100km combined.

Cute and small, the Mazda 2 Neo breathes a touch of quality into the list and for a fairly modest asking price of less than $18,000 drive away. Once again, you’ll have to be willing to shift your own gears, as the auto gearbox is slightly more expensive. While demanding only E10/91 fuel, consumption is at 5.4L/100km combined. One bonus of the Mazda 2 is that it qualifies as a green car, providing up to a 70 basis point discount off our new car loan’s advertised interest rate.

If you’re dreaming of a new car but don’t want to break the budget, loans.com.au can get you pre-approved for a loan before you start shopping, and even offer you a discount if your car qualifies as a ‘green’ car.

Buying a car at the end of the year

If you are considering buying at the end of the year, let’s look at some of the reasons why this is a good idea and why you should include this in your negotiat...

Four tips for speedy approval on your car loan

If you’re in the market for a new car, chances are you want to get your hands on it as quickly as possible. Here are our top tips on how to get approved quickly...