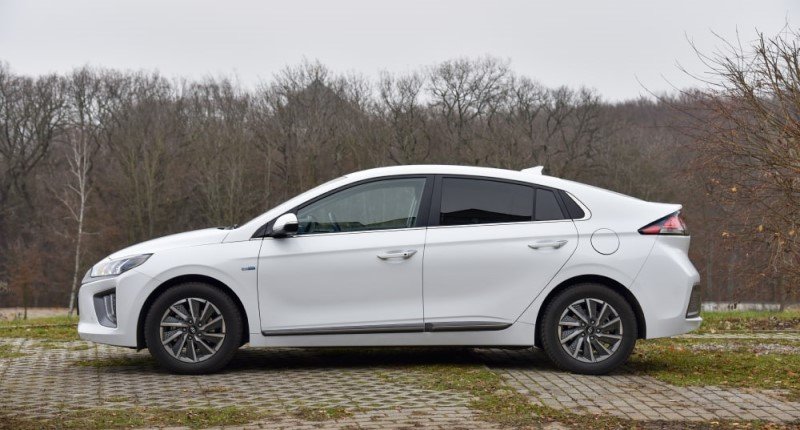 The manufacturer that steals all the headlines is Tesla, but did you know that other manufacturers have very compelling options? And you don’t necessarily need to pay an arm and a leg to go electric. Nor do you need to put up with an overly strange vehicle, or one with terrible range. Below are some of the more popular and compelling electric cars on Aussie roads.

The Kona is offered as one of the cheapest affordable fully electric SUV currently on sale in Australia. Hyundai has even beat some of the big Euro names to the market. With a sticker price of around $60,000 before on-roads, the Kona isn’t exactly ‘cheap’ but beats out many European rivals, as well as boasting a maximum range of 449km.

Hitting Australian shores in July 2020, supply has been tight - just 80 units will land on Australian shores initially. It has a range of up to 270km and a price from $45,000. For a European manufacturer, the Cooper SE has an attractive starting price, and could be cross-shopped with Hyundai’s offerings, however Hyundai’s models have a higher maximum range.

By now, the Leaf is probably a familiar name on Aussie roads, being one of the earlier ‘green’ cars on sale. For most intents and purposes it’s a regular hatchback that offers excellent cabin space and practicality. There are also some interesting and innovative technologies and design elements in this, such as the ePedal that allows you to pull up to a stop without using the brake pedal. Priced from around $50,000, with an ‘indicative’ maximum range of 270km.

If a Nissan Leaf wasn’t quirky or upscale enough for you, the i3 may be what you’re after. On Australian roads since 2014, the i3 is a peculiar little hatchback. Despite the funky exterior, inside it looks like most other small, slightly luxurious hatchbacks. In 2019 BMW added a longer-range, 120Ah battery to keep up with the competition. It has a maximum range of 310km, with an indicative price of just under $69,000.

Stepping it up a notch, the i-Pace sports Jaguar’s attractive styling with an advanced powertrain in a neat SUV package. Available on our roads since 2018, in 2020 the i-Pace received a slight upgrade. It’s arguably been the benchmark of the luxury SUV electric segment, and with a price tag of around $124,000 to match. It also has a range of up to 470km.

With a name sounding like something out of the Terminator movies, the E-Tron is surprisingly handsome and like so many other Audi SUVs on the road. A midsize crossover SUV, the E-Tron packs in a lot of tech, performance, and comfort. That said, it’s an expensive luxury SUV, plain and simple. It has a price starting at around $138,000 before on roads, with a maximum range of 436km.

This is arguably the flagship Tesla model, and the benchmark by which all other manufacturers compare their electric vehicle to. It has been available since 2014 in Australia, with regular updates and upgrades. The Tesla Model S is firmly in ‘luxury’ territory with a starting price of around $140,000 before on-road costs. The maximum range is 610km, which is one of the best figures out there.

The Model 3 was released with much fanfare in 2019, and there was a waiting list to even receive the vehicle. Tesla fanboys aside, the Model 3 is a very compelling vehicle. Inside the vehicle is space-age without resorting to cheap gimmicks or funky exterior styling. The ‘liftback’ sedan sports a maximum range of 560km, and has a price tag starting at around $68,000 before on-road costs.

The MG ZS is one of the cheapest SUVs on the market. This offers all of the usual creature comforts you’d expect from a modern, small SUV, only this has the added benefit of zero-emissions driving. While it is made in China, MG offers a five-year vehicle warranty and an eight-year warranty for the battery, too. It has a range of up to 263km and a starting price of $44,000 drive away.

One of the great things about this car is the normality of the interior. It looks and feels just like a conventional small-to-medium sedan and like so many other cars on the road. This makes it a ‘stealth’ car - barely anyone will know you’re driving an EV. Inside, most of the controls and appearance are very ‘Hyundai’, making it easy to live with. It has a maximum range of 311km and the ‘Elite’ model goes for around $49,000 before on-road costs.

If you’re ready to upgrade your car to an electric vehicle, speaking with one of our lending specialists today to find out about our green car loan discount, and how you can get pre-approved for a loan before shopping around.

If you’re reluctant to go electric or hybrid for cost reasons, for range anxiety reasons, or for practicality purposes, you don’t need to sacrifice your green c...

You want to feel the wind in your hair, and the thrill of the drive, but don’t want to pay an arm and a leg, so where do you start?