Blog How to spot a property lemon

How to spot a property lemon 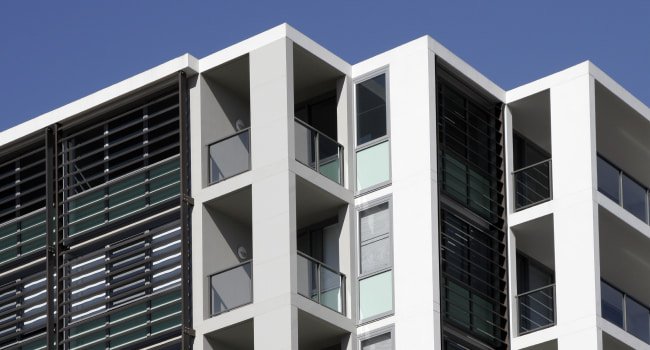 In sobering news for home buyers and investors, yet another apartment block in Sydney has been abandoned due to shortcuts by the builder, making four evacuations in the last year alone.

The situation has now reached the point where Simon Pressley, Head of Property Market Research at Propertyology, says owners of any apartments built since the mid-90s should be concerned.

"To be frank, it’s impossible for any buyer to have any confidence in the quality of workmanship on any Australian building that was constructed within the last 25 years," Mr Pressley said.

"Don't take anything for granted."

According to the Sydney Morning Herald, the $46.5 million Sugarcube Apartments and Honeycomb Terraces have remained completely empty since construction finished more than a year ago, due to contaminated groundwater, detections of heavy metals and asbestos.

The 127-unit block is the fourth to be abandoned for similar safety reasons in the past year or so just in Sydney, following the heavily publicised Opal Tower disaster as well as the Mascot Tower and another apartment block in Zetland.

Obvious negligence and public safety risks aside, investing or living in one of these apartments can have drastic impacts on your finances. A 60 Minutes report into Opal Towers found one man who spent $840,000 on his "dream home" in the building fears he'll never get that money back. “I don’t think it’s worth anything now,” he told 60 Minutes.

Many more existing and upcoming projects are allegedly also failing to meet the required standards. According to studies by the University of New South Wales’ City Futures Research Centre, 85 per cent of high-rise buildings in NSW built since 2000 have had some kind of defect(s).

So as a property owner and potential buyer in the future, how can you protect yourself?

How to spot a dud

The key to weeding out problem properties is to get good professional help before you bid on anything.

Mr Pressley said it was important to get the overall building checked as well as the specific dwelling that you are considering.

"In addition to having the internal apartment professionally inspected, make sure they do a forensic investigation of the building structure. Also, conduct a thorough search of body corporate records."

Mr Pressley also said the reputation of the building's developer was critical.

"In addition to investigating the history of other building projects by the same developer, be on the alert for shortcuts and poor quality fixtures and fittings. If in doubt, move on!"

Depending on the state you live in, you can be entitled to have an inspection conducted before exchanging contracts. But you can also look for the following clear signs of damage or defects yourself - someone like a buyer's agent or independent inspector will just be more thorough. Things to look for include:

According to Mr Pressley, a precedent was set in a 2014 court case ruling that no builder's warranty is applicable on buildings taller than three storeys.

Buyers can take the builders to court to recoup losses, but this can be very expensive, and in some rare cases the building company simply vanishes into thin air, making those responsible very hard to find. There's recently been a meeting between state and federal governments over the country's dismal building standards, so there may soon be increased protections for buyers and regulations for builders. But until then, caution when buying is the best form of defence against these dodgy properties.

Reasons to choose a non-bank lender

What are non-bank lenders, and how are they different from a bank? And more importantly, why should you choose one?

Why obtain a property survey before buying a home

When you sign a contract to buy a home, you’re also signing up for any defects or problems that property has. While a property survey is not required by the law...

Tax deductions for your investment property

Almost a third of all home loans in Australia are for investment properties, according to ABS data. If you're one of these millions of people, then it's worth k...