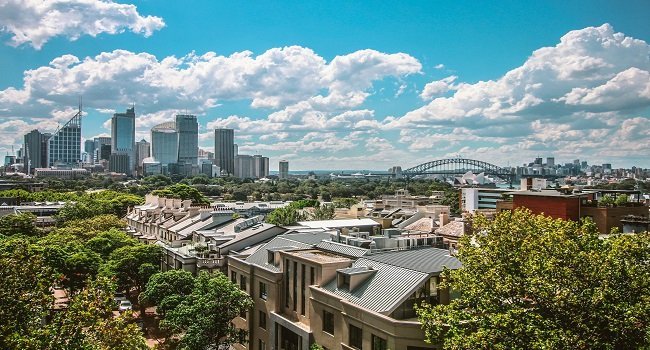 Becoming a landlord comes with its own set of challenges and perhaps one of the biggest is making sure you have a steady stream of tenants in your property. After all, without people paying rent, it can be difficult to make any money from your investment - and rental properties will soon start to leak money.

Data from SQM Research is therefore likely to prove welcome reading, as the group revealed that vacancies are down across the nation's capitals. During October, the vacancy rate stood at 2.1 per cent, marking a slight decline from the 2.2 per cent recorded the previous month.

Which capital cities performed the best?

There are, of course, some capital cities that have performed better than others over recent months, which is why it's so important to carry out research before coming to any decision.

SQM Research's Managing Director Louis Christopher explained how the market remained steady over the course of the past 12 months, which continued into October.

He added: "Sydney appears to be the strongest rental market right now with asking rents (for houses) up by 6.4 per cent for the past 12 months, though I am expecting rental growth to slow in 2015 due to the increased completion of new stock on the market for that city."

Adelaide is another rental market that investors might want to keep an eye on, as its vacancy rate stood at just 1.5 per cent in October, marking no change from the previous month.

No matter where you choose to buy your rental property, make sure you take out a comprehensive landlord insurance policy. This will give you peace of mind should anything ever go wrong and provide a financial safety net if you ever need it.

Are there any capital cities to avoid?

The rental market is always changing, which is why you'll need the most up-to-date figures to hand when making your decision where to buy.

In October, some capitals stood out as not performing as well as other parts of the country - but this isn't to say they won't pick up sometime in the future.

Mr Christopher explains: "We continue to see ongoing rental weakness in Perth and Darwin. Canberra is now providing signals that perhaps the worst of the rental downturn is over with a slight fall in vacancies year on year and a rise in asking rents for the month."

What other figures should I consider?

Of course, vacancy rates are only part of the picture when it comes to being a landlord - there is a variety of other information you'll also need to take into account. If you're buying your rental property with the plan of selling it at a later date, capital appreciation is another area you'll need to consider.

The latest RP Data CoreLogic Home Value Index for October pointed to a 2.2 per cent rise in capital city values over the past three months. Over the course of October alone, values were up 1 per cent.

As you would expect, some parts of the country fared better than others, with Melbourne leading the monthly price rises with an increase of 1.9 per cent. This was closely followed by Sydney on 1.3 per cent, while Brisbane's increase registered at 0.6 per cent.

Knowing your facts could make the difference between a wise property investment and one that loses money in the long term, so make sure you invest in plenty of research first!

If you’re looking to invest in a holiday home, we have listed our top 6 hotspots on the East Coast.

Pros and cons of buying a house on a main road

Finding the perfect house can be tough as there are lots of aspects to consider. One important issue is whether to buy a property in a busy location or a quiet ...

Cheaper properties in Australia's capital cities have become more expensive over the last 12 months, highlighting the growth of the nation's housing market.