Blog What does Brexit mean for Australia?

What does Brexit mean for Australia? 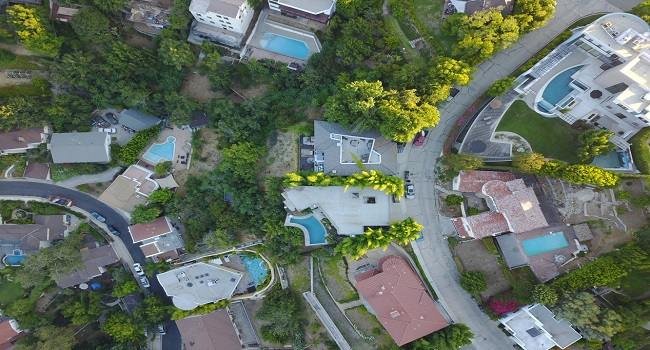 Britain's retreat from the European Union - aka Brexit - hogged the news for much of our winter.

Not many pundits foresaw the EU referendum ending in a successful vote for the Leave campaign, and there were thousands of words written beforehand about the disasters that would unfold if it were to happen.

But happen it did. So what now? Has the sky fallen in, or will it sometime soon?

And what does it mean for Australia ... In particular, how will Britain's decision to unfriend Europe affect Australia’s property market?

The immediate effect of Brexit was to weaken the pound, and that's about all that has happened so far. Good news for travellers keen for a selfie outside Buckingham Palace.

Long term, though, things could get decidedly tricky. Britain, which has been a favourite with property investors from Asia and the Middle East, could enter into a period of economic malaise as trading ties in Europe wind back and the free flow of capital and labour dries to a trickle. In this scenario, property values there would fall as the economy slows and investors pull out looking for better returns.

Many of those foreign investors could turn to Australia.

The property market here has enjoyed good growth for many years, our economy is seen as stable and the political leadership is investor-friendly by world standards.

In other words, Australia is a safe haven which, if times ahead are volatile, will be seen as a good place for foreign buyers to park money in property. Indeed, it is already seen that way in some parts of the world, for instance by Chinese investors who have accounted for a significant proportion of residential property sales in the past couple of years.

If this trend increases, it could put upward pressure on property prices, which is great news for owners but a worry for those looking to buy.

Another group of people who could add fuel to this fire is returning expats. There are thousands of Aussies working in Britain who might find themselves out of a job if European companies contract back to the continent and Britain tightens immigration rules.

If you think the likely post-Brexit scenario is the one just described, there is something you can do to take advantage of it. If you have been considering buying property, get cracking. Beat the tide of foreign money that will push up house and commercial property prices.

The view that Brexit will cast a long shadow over the global economy is not a unanimous one, and already there are signs that the world is shrugging off the threat of recession and surging towards a new period of prosperity.

One respected UK-based analyst, Professor Tim Congdon from International Monetary Research, said there were glimmers of hope that the world economy was at last reaching "escape velocity" after being trapped in the deflationary doldrums for much of the past seven years, coping with excess debt and slowly nursing overseas banks back to health.

The American economy is showing signs of healthy activity - mortgage applications are at peaks not seen since the collapse of Lehman Brothers and the GFC, for instance. The Japanese are launching a giant fiscal package while France, Italy, and other Euro zone states have taken advantage of the Brexit scare to end austerity more quickly than planned and to pump prime their economies.

China is also getting a second wind, with forecasts of growth around 7 percent.

Professor Congdon predicts a healthy world recovery for the next 12 to 18 months. "Quantitative easing worked in the US and now it is working in Europe too. I am very sanguine about the world," he said.

If the bulls are right and the world enters a period of sustained prosperity, prospective property investors are faced with the same pressures.

Booming economies mean confident investors and this money looking for a home - literally.

If China does reboot as predicted, capital will flow into Australia as it did in the years before the recent slow-down, and like then much of it may be directed towards property.

So, again, the prudent thing to do if you are considering buying property might be to do so sooner rather than later to avoid any price surge from Brexit and a strengthening world economy.

Make the most of continuing low cash rate

There are many advantages to a low cash rate environment. One of which is it makes investing in property seem more appealing.

What the RBA rate cut means for your home loan

The interest rate cut is big news in Australia because the cash rate is one factor when lenders set their variable mortgage rates. An official interest rate dec...

Unless you've been hiding in a cave with your eyes shut and gauze in your ears, you'd know by now the Coalition won Saturday May 18th's federal election in a so...