Blog What does the election mean for your property? 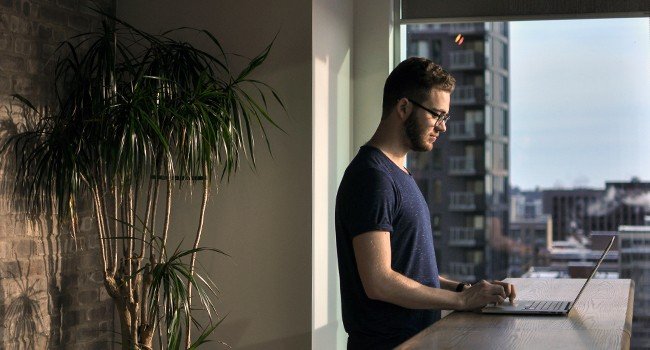 Unless you've been hiding in a cave with your eyes shut and gauze in your ears, you'd know by now the Coalition won Saturday May 18th's federal election in a somewhat surprising result. Every election promises a choice between new policies and old ones ones, and the property market is just one of many things that will be affected by the result.

There were two different scenarios for property buyers depending on who won the election: the Coalition promised the status quo, while the Labor opposition promised to limit negative gearing on new housing and halve the capital gains tax discount from 50% to 25%. Labor's proposals definitely had the greater potential to impact the housing market, and with the Coalition winning the election, Australia seems to have voted for the status quo.

This means the changes to negative gearing and capital gains tax will not go ahead. Straight away after the election, Ken Morrison (not Scott Morrison), Chief Executive of the Property Council of Australia, said the election result shows that Australians have rejected risky taxation changes at such an uncertain time in the property cycle.

“A key plank of the Opposition’s policy agenda were big changes to negative gearing and big increases to capital gains tax, and the election result can only be seen as a repudiation of this policy,” he said.

“Construction activity is falling sharply, house prices are declining and economic growth is slowing – this was the wrong policy and the wrong time.”

So what, if anything, does the election result mean for property? Let's take a look.

Will prices go up?

There are certainly many who say they will. For example, Goldman Sachs economists forecast a "meaningful" positive shock to the housing sector, while Ray White Chairman Brian White said Labor's expected changes had already been priced into the market due to their expected victory.

"Cycles are cycles but I do think what Labor was going to bring in has had a major impact on prices. Now that's not going to happen," he told the Australian Financial Review.

However, we caught up with Propertology's Head of Research Simon Pressley who has much more measured expectations of what's to come for property prices.

“It (the election) might add an extra 1-2% increase across the board to median house prices,” he told loans.com.au.

“I’ve always maintained that whether it’s an election, whether it’s tax policy like negative gearing or stamp duty, the things that have the biggest influence on property markets are local economic conditions.

“The election being out of the way means we’ve now got some certainty, which will give a general lift in confidence but markets over say the next 12 months won’t be determined by Saturday’s result."

So, we might see a minor increase in general house prices but any other changes will likely just be cyclical or dependent on other factors.

What about buying more?

Buying another property will likely be easier than expected since there will be no limitations placed on negative gearing (that we know of). In many cases, rental income doesn't cover the cost of owning a rental property, so people rely on negative gearing to make sure their property is financially sustainable. Removing it for new housing would have discouraged a lot of people from buying property.

We spoke to Real Estate Institute of Queensland (REIQ) General Manager Josh Callaghan and asked him what the implications of the result were for buying future property.

"If the local stock market is any indication, the investing public welcomes the election result and I suspect that property investors and owners will be the same," Mr Callaghan said.

"Confidence in the property market is likely to get a boost which could stem the declines in the major capitals and help support price recoveries in growth suburbs."

Mr Callaghan said the election result means negative gearing may be unchanged for some time now, which is also good for current and aspiring investors.

"The good news for property investors is that it's unlikely that negative gearing will be a target of future campaigns given it played a part in the Labor Party's loss in this election," he said.

"This will provide some more certainty for new investors entering the market that the negative gearing policy will be in place which may encourage some further investing activity."

The worst may be behind us

It's not just the lack of negative gearing or capital gains tax changes that may cause a rebound in the property market.

The removal of APRA's interest rate benchmark and the expected upcoming cash rate cuts by the RBA are also likely to encourage buyer activity, while first home buyers will also have it easier due to the proposed First Home Loan Deposit Scheme, which will see the government guarantee the remaining deposit for first home buyers up to 20% of the property's value, if they can put together 5% themselves.

Nothing is guaranteed, but the signs are certainly there for an uptick in property prices - watch this space.