Blog What are the most reliable cars in 2020?

No one wants to purchase a vehicle that is a nightmare reliability-wise from day one. You want a car you know can start up first time every time in the morning, and create little fuss or anxiety. Generally speaking, the more technology and wizardry your car has, the more that can go wrong. However, not all cars are made equal. So what are the most reliable car makes and models in 2020?

First, we’ll take a look at the US' JD Power survey, which annually surveys more than 30,000 motorists on their vehicle’s dependability over three years. And second, let’s assess which vehicles are available Down Under, sorted by segment.

According to JD Power’s survey, the top ten most reliable vehicles also available Down Under are:

The Kia Rio is the ultimate city zipper. Small and light, the Rio has a 1.4L 4 cylinder engine, consuming as little as 6L/100km combined. Or under the ‘GT-Line’ model, it has a 1.0L turbo petrol 3 cylinder for a bit more kick in the torque department. As it’s a Kia it comes with a 7 year/unlimited kilometre warranty. Drive-away, they can be found in the low-$20,000 range.

With a range of trim levels, there’s something for everyone with Hyundai’s Elantra. The standard engine is a 2.0L four cylinder, while the Sport models come with a 1.6L turbo petrol, which puts out more power and torque. Hyundais come with a 5 year/unlimited kilometre warranty, and the Elantra base models can be found for around $25,000 drive away, while the Sports models are in the mid-upper-30s.

Want a touch of luxury without sacrificing dependability? Lexus could be your answer, specifically the IS range. The IS range is Lexus' answer to the BMW 2 and 3 Series, with a range of engine and trim choices. The go-to engine is the 2.0L turbo petrol, found in IS300 models. The IS300 can be found for just under $70,000 drive-away, while upper models are over $80,000.

Two doors, two seats, no worries. The MX-5 has been an icon on Australian roads for 30 years, and the new MX-5 provides roadster thrills without sacrificing dependability. The MX-5 comes with two engine choices - 1.5L or 2.0L, along with a choice of hard top or soft top convertible. New, the 1.5L models can be found drive-away for around $40,000, while the 2.0L models are around $50,000.

The Kia Stinger is loved so much for its sporty characteristics, it’s even used by many states' police as their highway patrol vehicles. The Stinger comes in two engine choices - a 4 cylinder 2.0L turbo petrol, or a 6 cylinder 3.3L turbo petrol, with the latter putting out significantly more power and torque. The 4 cylinder can be found for around $51,000 drive away, while the 6 cylinder model pushes up over $60,000 depending on what specific trim level you opt for.

Standing for ‘compact high rider’, the CH-R is a funky SUV at home on city streets and on the kids' soccer practice sideline. The go-to engine choices are either a 1.2L turbo petrol, or a 53kWh/1.8L hybrid model. The two wheel drive models can be found for just under $40,000 drive away, while if you want all wheel drive, that price tag is pushed a little beyond $40,000.

Known as the Chevrolet Equinox in the US, it’s rebadged as Holden here. You get an engine choice of either a 1.5L turbo petrol or 2.0L turbo petrol. The 2.0L variety naturally comes with higher trim levels and a higher price tag, and also demands premium fuel. Still, you can find it for less than $40,000 drive away, while the 1.5L model can be found for under $30,000 drive away.

While the Americans classify this car as ‘Small’, by Australian standards it’s probably closer to midsize. The RX model comes in a wide range of engine sizes and trim levels, starting at the RX300, which has a 2.0L turbo petrol engine and an approximate $82,000 drive away price tag. At the upper end of the spectrum you’ll find the RX450hL, which is a 3.5i hybrid model, which will set you back over $124,000 drive away.

Named after a town in New Mexico, literally translating as ‘holy faith’, the Santa Fe’s dependability won’t make you pray to your God. Backed by Hyundai’s 5 year/unlimited kilometre warranty, the Santa Fe’s engine choices are a 2.2L turbo diesel, or a 6 cylinder 3.5L petrol model. If size is what you’re after, the Santa Fe won’t break the bank either, with the petrol model around $45,000 drive away, and the diesel about $49,000 drive away.

Again with the ‘midsize’ misnomer - the Ranger is probably about the largest mainstream ute you’ll find on Australian roads. It’s the weekend warrior’s choice, with a variety of trim levels. The Ranger Raptor tops out the range, however it’s the Wildtrak that has a higher towing capacity and a lower load height for easier hauling. The Ranger has a wide range of trim levels and cab choices, starting at less than $30,000 drive away, all the way up to the range-topping Raptor, nudging $86,000 drive away.

As you can see, this list is dominated by Korean and Japanese manufacturers. To get started on getting the keys to your next reliable car, book an appointment with one of our friendly lending specialists to get pre-approved today. 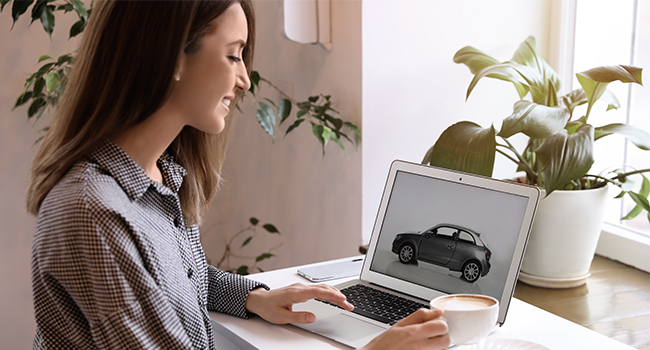 Buying a car in the time of coronavirus

Driving a car is much safer than taking a bus or a train at the moment in terms of hygiene but how can you safely buy a car while maintaining social distancing?...

Many cars these days are generally more reliable than ever, but there’s a few lemons in the bowl. Here are some of 2020’s most unreliable and reliable makes.

Car Market News
When is the best time to upgrade your car?