Blog 3 things every buyer should know for auction day

3 things every buyer should know for auction day 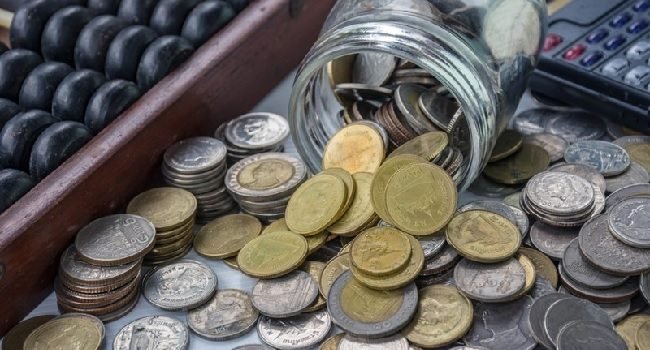 Despite house prices levelling off in many parts of the country, auctions continue to be a popular way for people to sell their homes. Nowhere is this trend more pronounced than in Melbourne, where auctions have accounted for 39 per cent of all of the state's residential property listings across the 2014-2015 financial year, according to realestate.com.au. Sydney (38 per cent) and Canberra (36 per cent) are hot on Melbourne's heels.

Of course, these figures are largely pointless if the houses aren't selling. Thankfully, low interest rate home loans seem to be helping keep clearance rates in a healthy state, even in the face of the country's slow economic growth of late. Statistics from Corelogic RP, compiled exclusively for realestate.com.au, revealed that 54.5 per cent of auctions in the week ending 20 September 2015 were successful.

Which states performed the best? Let's break down the clearance rates by region:

Auctions might be on the rise, but as a buyer are there any advantages to opting to go down this seemingly more volatile route? After all, the tried and true method of using your home loan to purchase a fixed-price property has been a successful model for thousands of buyers, so why change things now?

Firstly, you may be able to score a better deal than if you'd purchased the house through traditional means. For example, if you're buying in an area that's perceived to be of low value - but which you see potential in - you may have relatively little competition during bidding and be able to secure the house at a great price.

48 per cent of home buyers feel under-prepared for an auction.

Secondly, HSBC explained that auctions provide buyers with a greater level of certainty. If you have the highest bid at an auction, and both you and the seller sign the contract, the deal immediately goes unconditional. In contrast, houses that are sold at a fixed price typically have to go through a cooling-off period and other processes that may hinder the transaction.

As you can see, there are some very tangible benefits to buying a house at auction. But are Australians familiar with the bidding process, and do they understand how to get the most out of it? Not according to research from St. George Bank, which found that almost 1 in 2 (48 per cent) home buyers feel under-prepared before heading into an auction.

Don't become part of this statistic. Before you apply for a home loan and start placing bids on your dream home, make sure you're fully ready for auction day with these three tips:

Before committing to a house, be sure to check its roof for signs of damage.

Regardless of what you're purchasing, when there's a large amount of capital on the line, you'll want to have a thorough understanding of the product's quality and any potential flaws it may have. Naturally, the same rings true when it comes to buying a house.

A personal inspection of the property is a great place to start. The NSW government's Fair Trading initiative explained that this might involve:

In addition to your own walk-through, you should also obtain a professional building inspection report. This will reveal any structural issues with the house that may be difficult to identify with an untrained eye, as well as wiring faults and other unsafe aspects of the home.

Having a strong understanding of your finances will help you know your bidding limits on auction day.

Before auction day arrives, you'll need to have obtained a loan approval in advance. This will dictate how much you can afford to spend on the home. A mortgage for an auction property works much the same as purchasing through conventional channels, and the amount of credit you'll be able to access will vary in line with your specific circumstances.

In addition to having your loan pre-approved, you'll also need to have the deposit ready. This is typically 10 per cent of the purchase price, though this can fluctuate depending on the property. The real estate agent will be able to tell you the required deposit size.

3. Set yourself a maximum price

Set yourself a budget and only bid within your financial limits.

On auction day, when you're caught up in the excitement of the moment, it's very easy to become emotionally attached to the property and consequently overspend your budget. This is a problem because, as noted, there's no cooling-off period at an auction - once you've bought the home, there's no backing out.

The key takeaway here is to exercise a high level of discipline when it comes to bidding. After working out your finances, you should have a good idea of how much you can afford to spend.

Establish a maximum price and bid up to this threshold, but be prepared to walk away if the auction runs higher than your limit. It might be frustrating to see a great home slip through your fingers, but the financial ramifications of purchasing beyond your means will far outweigh whatever enjoyment the house may have provided.

By following these three tips you'll be well-equipped to deal with the challenges that come your way on auction day and be that much closer to buying the home of your dreams.

Buying a property at auction: what are the rules per state?

If you're buying a home at auction, it pays to be aware of the auction laws that apply in your state or territory because they differ from state to state. What'...

How does a cooling off period work?

Did you know that you can change your mind when it comes to a property purchase? In most states and territories in Australia, property buyers are allowed to res...