Blog How to maximise your car's resale value

How to maximise your car's resale value 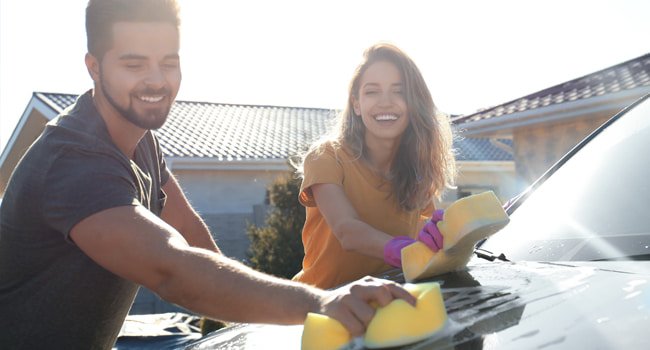 Cars generally don’t make for good investments. The moment you buy one and drive it out of the dealership, it loses around 10-11% of its value there and then. Research by Choice, meanwhile, found that new cars depreciate by an average of 14% in the first three years of ownership, before continually declining in value after that.

Even if it’s still in really good condition, a $50,000 car after four years is highly unlikely to sell for anywhere close to that. It could well have lost as much as 25% of its value, selling now for about $37,000 instead. A car that’s been in a few prangs and has been poorly maintained will go for even less when you sell it, and an old bomb that's barely roadworthy could be barely worth selling at all.

While it’s almost impossible to avoid losing some money on your car, you can minimise your losses by maximising your car’s resale value.

To help you do this, here are 5 tips to fight depreciation.

When the time comes to sell your car, first check if it’s under recall. Vehicle manufacturers issue recalls related to vehicle safety fairly often - either voluntary or compulsory. An example of a compulsory recall would be the 2.4 million vehicles affected by the faulty Takata airbags scandal, which required a recall as these airbags could end up killing or injuring passengers.

People rarely pay a good price for a car that is under a recall and has not been repaired.

When it's time to sell, check if your car is under a recall. You can do this yourself on Product Safety's Recall website.

If it’s on the list then contact the dealer who sold you the car and ask them to replace the parts under recall before putting it up for sale.

Tip #2: Remove modifications (or don’t get them at all)

While those sick subwoofers might sound nice, and that unnecessarily large spoiler might be a hit with your mates, having these extra modifications on your car can actually work against you when selling your car.

Modifying your car can increase its depreciation, as most people on the used car market are not interested in modified cars and generally just want a car to get from A to B or for their family.

Remember: not everyone likes the same stuff as you, and a horrible paint job can really deter the average person from buying it off you. The car isn’t worth what you think it is, it’s only worth what the market dictates.

This might go without saying, but properly maintaining the car throughout its life is crucial to getting a good sale price.

Looking after your car is one of the best ways to get a good resale value on it when it's time to sell.

People don't pay the top price for things that are neglected by their previous owners, so this is worth noting.

Things you can do to keep your car in a respectable condition include:

Keeping a logbook record of your car’s service history can go a long way to give prospective buyers more confidence that they’re getting a good deal. Cars without logbooks can be viewed as a risk.

Everyone wants certainty and confidence when buying something as expensive as a car, and no one wants to be left on the side of the road.

As someone wanting to maximise the resale value of your car, you need to be able to prove to your prospective buyers that your car has been fully serviced at an authorised dealer or a mechanic.

You can simply do this by getting the mechanic to fill out the logbook when they service your car.

The general consensus across the industry seems to be that getting your car serviced at a dealership is viewed as more attractive than independent workshops or third-party providers, even if they’re qualified.

Tip #5: Brush up on your photography skills

When selling a car online, good quality photos can be the difference between a favourable sale and an unfavourable one.

Taking good photos of your car you are about to sell attracts way more buyers. More buyers increases your chances of getting a much better resale value.

A top tip for taking good photos is doing it on a sunny day which makes your car stand out when buyers are scrolling through carsales or Facebook marketplace ads.

If you’re not confident in your photo-taking ability, share-economy apps like Airtasker show photographers are offering their services for as little as $50-$75, which is pocket change compared to what you can get from a good car sale.

Certain cars depreciate at slower rates than others - these cars tend to be more common models which have higher demand from average people.

Here are three different types of cars that depreciate slower than average.