Blog Why Melbourne is hot for home buyers in 2016

Why Melbourne is hot for home buyers in 2016 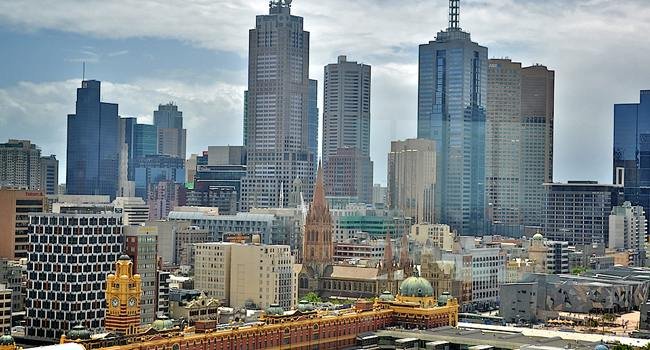 There are many things to consider when buying a house, especially when you're finding your first home. There are, of course, many home loan options, and it’s important to think about location. Where you live will have a great impact on your lifestyle, especially if you combine that with a well-budgeted mortgage.

So, where is the best city to live in Australia?

One of the most liveable places in the world is Melbourne. This is according to the Economist's Global Liveability Ranking of 2015, which places Melbourne up top. Australia as a country isn't doing too bad either, with Adelaide ranked fifth equal, Sydney following behind at seventh, and lastly, Perth at eighth. This is based on factors such as healthcare, education and environment, and consisted of 140 cities.

Melbourne is also home to many cultural, historic and iconic touchstones to enjoy every season. The city and surrounds has many options of housing available, and here are a few more reasons why the City by the Bay is so popular.

It's evident that there is something about Melbourne that brings in a large flock of people. Statisticians have pointed to a trend in increasing population growth for the city.

Research from McCrindle has found that one in four Australians live in Victoria, and three-quarters of that population reside in the capital, Melbourne. It is estimated that this city, with its booming number of residents, will soon surpass Sydney as the most populated city in the next few decades.

McCrindle claims that in 11 years' time, there will be 9 million residents living in Melbourne. Meanwhile, Sydney is estimated to hold a population of only 8 million by 2055. Melbourne is the second city in Australia to hit two million residents, just behind Sydney.

These findings are based on the current growth trends by the Australian Bureau of Statistics (ABS), cited in McCrindle's report on The Future of Sydney. The ABS has found that the New South Wales’ growth trend has reached an all-time low compared to the last 10 years, with only a 1.4 rise in population.

Victoria’s capital sits as the fastest growing city with a 1.7 rate of growth.

The City of Melbourne (COM) states that there was a significant increase of people who travelled to or were present in Melbourne on an average weekday in 2015. This represents a 2.9 increase over the last two years. It attributes rise to three reasons - population and employment growth, and a surge in both national and international visits.

COM's Population and Forecasts Report for 2015 explains that there are more residential dwelling high-rise apartments now than ever, and it is expected that there will be over 13,000 more constructed within the next five years. This will create plenty of living opportunities for students and other residents alike, with nine universities and over 3000 restaurants, according to the Australian Education Network.

That leads to another reason for Melbourne's rising popularity; it is a hub of dining and artistic flair. Melbourne is known as the events capital of Australia, with a vibrant music and street entertainment scene which is an integral aspect of its creative reputation.

Each New Year's Eve (NYE), Melbourne hosts a celebration that brings half a million wide-eyed people to its centre to join in the cheer to welcome the New Year.

Throughout the rest of the year, there is also the iconic Moomba Festival, Melbourne Spring Fashion Week, Melbourne Music Week, the Australian Open, and of course, the famous Melbourne Cup.

3. There are plenty of housing options

The article also explains that Victoria and New South Wales are the only two states growing in population due to interstate migration.

One main reason to contribute to Melbourne's growth could be the amount of properties available. CoreLogic RP Data has found that the number of property listings in capital cities are higher in 2015 than they were for the previous year.

The total number of housing opportunities on the market for Melbourne are at their highest level since early June 2015, with a 3.8 change over the past 12 months for new listings (properties that haven't been advertised for sale over the last 6 months).

Meanwhile, the number of auctions reached a record high in 2015, according to the Real Estate Institute of Victoria. There were auctions in more than 350 suburbs within the first two weeks of December 2015.

CoreLogic has also found that almost 60 per cent of Melbourne residential dwellings were sold successfully by auction, within the year ending September 2015.

This is far from a comprehensive list, but it’s interesting enough to make Melbourne worth a look if you are considering an investment property or buying a new home to live in. As an owner-occupier, you could make the most of Melbourne's greatest assets and incorporate them into your social life. As the most liveable city, there are plenty of options for you to liven up your life.

If you are thinking of relocating, across the country or around the corner, talk to loans.com.au about your home loan options.

Where is housing construction heading in 2016?

Building approvals and commencements heavily affect the future of Australia's real estate landscape. So, what are the numbers saying?

When the time comes to buy a property you have three options - an off-the plan home, a new-build or an established piece of real estate.

Here are the top 7 features homebuyers want in a home.