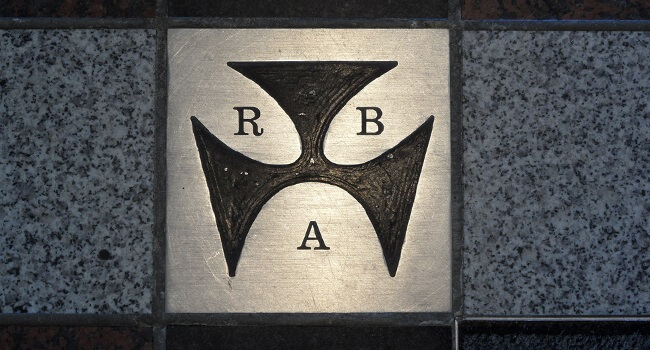 Interest rates drop again! How low can they go?

The Official Cash Rate, as determined by the Reserve Bank of Australia (RBA), is now at an historic low of 2 per cent. This is notable because it is far below historic trends; since 1990 the average home loan interest rate has been 5.13 per cent, and the closest the cash rate has previously come to this level was when it briefly dropped as low as 3 per cent in April, 2009.

The reason this will impact home buyers is because the interest rate from your lender is the most critical indicator of the overall cost of borrowing money towards a property. The price of properties will fluctuate based on a host of factors, including the fact that lower interest rates may push property prices up, as cheaper cash means more people are likely to take out home loans. This then increases the demand for properties, which drives their price up. But for people looking to get into the property market, an environment of low interest rates is a good time to be involved.

Put simply, borrowing is cheaper now than it has been for many years.

With the cash rate so low for such a long time, the first question many ask is why has the RBA kept it at that rate, and how long can we expect it to remain there?

The short answer is that the RBA cuts the cash rate when it wants to encourage consumers to spend money. A low cash rate is seen to have an impact on everything from home loan applications (which started 2015 with the strongest rise in six months) to reducing unemployment (which has eased from 6.3 per cent to 6.1 per cent, and is expected to fall lower). People and businesses borrow more money, more often, when interest rates come down, and we see that reflected in the debt to income ratio statistic, which hit a high of 152.8 in September last year, only slightly lower than the pre-financial crisis peak of 153.2.

The significance of this figure (152.8) is to show that the debt-to-income ratio is nearly at where it was pre-GFC, thanks to those with personal debts paying them down quickly and taking advantage of the current low interest rates. The additional money in the economy helps to simulate it, generating growth. When consumer and business sentiment is lower  as it is currently, this stimulation helps to ensure the Australian economy avoids dipping or even falling into recession. When you look at some of the other nations with low official cash rates, such as the Euro Area (0.05), Japan (0.00) and the United States (0.25), you can see a pattern; those nations with low interest rates do need to convince their people to spend money.

How Australia's Interest Rate Compares to Other Countries

As effective as it is for a short term stimulus strategy, low interest rates come with the risk of inflation as the market improves. Inflation refers to the rise of prices of goods and services over time. Some inflation is a positive, as it represents an economy that is healthy and growing. However, too much inflation can be a major problem, as a rapid increase in the price of goods can lead to a loss of purchasing power, because household incomes don’t increase at the same pace.

The RBA keeps an eye on statistics such as the Consumer Price Index (CPI) which represents the fluctuations in the cost of buying goods and services in Australia, and Producer Price Index (PPI) which tracks the cost of goods at a wholesale or producer level. For the December quarter in 2014 (the last reporting period), the CPI grew by 0.2 per cent when compared to the previous quarter, and 1.7 per cent compared to the previous year. Meanwhile, the PPI for the same time periods grew 0.1 per cent and 1.1 per cent respectively.

These numbers are significant, because once they reach a certain threshold, indicating that prices are growing too rapidly and inflation is becoming a problem, the RBA will be forced to raise the cash rate to try and ease spending.

The CPI and PPI rates, despite the cash rate cuts, have remained very low, indicating that inflation cannot be expected to become a problem for a while yet. Depressed oil prices have been a chief cause of the low CPI and PPI rates, but even as those start to escalate again there is thought to be little to concern the RBA in terms of inflation for some time to come.

Why this matters to home loan buyers

The cash interest rate in Australia has been cut to as low as 2 per cent by the RBA as of May 2015, and this is predicted to remain at record lows for the near future.

The main reasoning behind this is the NAB’s monthly business survey showing a significant decline in business confidence, despite the previous rate cuts (it fell by 3 points in February, as reported in the March report).

On the one hand, if rates are to stay steady or fall lower it is an obvious boon for people with mortgages or applying for new home loans, as the cost of the loan will be cheaper. However, over the long term it is expected that the interest rate will grow again, and the standard wisdom remains that a borrower should ensure they’re able to meet a 7-8 per cent interest rate rise, but for now it means more money in the pocket. For example, according to the Sydney Morning Herald, with the last rate cut, a person with a $300,000 mortgage was looking at an average saving of $44 a month.

Why is the cash rate important for a home buyer?

It’s important to note that with lower interest rates more people are looking to move into the property market, and as a consequence demand is on the rise. The annual increase in the price of housing within capital cities is at 8.3% on average, with Brisbane (5.9%), Melbourne (7.4%), and Sydney (13.7%) experiencing the greatest increase in home prices over the past year. This means that while property in Brisbane increased in price by an average of 5.9% compared to their value last year, property in Sydney has on average increased by 13.7% in 2014 compared to 2013.

Other cities, such as Perth (0.6%), Hobart (0.7%), Darwin (1.6%) and Canberra (1.8%), have seen a more modest increase in home prices. But for most people it is important to be aware that the increase in housing prices does mean they’ll need to borrow more money to make the purchase, even if they are doing so at a lower interest rate.

For people with existing home loans, now could be an excellent time to refinance. This is especially true if you’re looking to continue to reside in the property over the long term as it will give you access to cheap cash with which to pay for expensive renovations, change providers if you’re not happy with you current bank’s competitiveness, or consolidate to pay off other large debts such as a more expensive credit card. It is quite likely interest rates will stay low for long enough to make this an efficient way to manage a large debt and minimise the total amount of interest you will pay.

Despite the rising costs of property, now is the ideal time to apply for a home loan and get yourself either into your first home, or start making property investments. The RBA looks set to keep the cash rate at a low point into the foreseeable future, if not lower it further, and this means that cash is currently cheap and you will have some time to make the most of low home loan interest rates.

To take advantage of the historically low interest rates currently on offer from the RBA, click here to compare our home loans and offer a fast online application process.