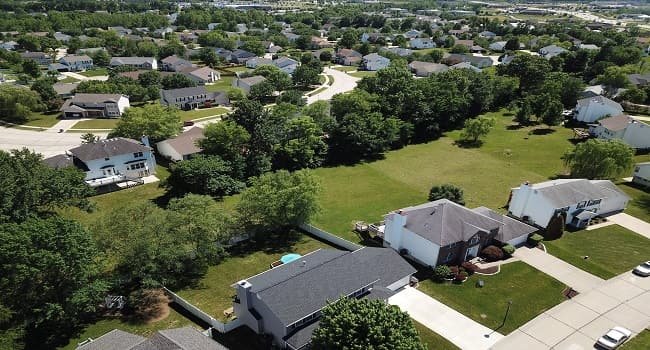 Making the decision to refinance your mortgage can be a wise one, especially if you suspect the home loan you originally signed up for may no longer be best suited to your needs.

Another reason to remortgage is when you move home and the latest figures suggest looking at brand new properties might be the way forward for buyers.

How strong are new home sales?

Construction is often considered one of the most important areas of the economy, as its strength can point to good times in other sectors.

The good news is that residential land sales are improving across the nation, which should increase the number of new build properties being constructed.

This opens up a wider range of opportunities if you've not thought about buying new before, or were simply unable to find real estate that matched your specific requirements.

There's not only been a rise in construction activity in recent times, but also an increase in the price of land that would be suitable for building new properties on.

Figures from the HIA-RP Data Residential Land Report show prices have risen over the past 15 years - although this is a situation Australia cannot afford to repeat.

With the ageing population on the rise and a growing need for suitable housing, Dr Dale stressed how land supply not only needs to be maintained, but also at an affordable level.

During the three months to June alone, the weighted median price of residential land marked a rise of 1.1 per cent. This put the average cost at $205,330, making it only the third time the level has exceeded $200,000.

RP Data Research Director Tim Lawless predicted that unless prices are allowed to fall, the country could face a shortage of well-located land that would be ideal for construction projects.

What are the advantages to buying a new build property?

You might be asking yourself why you should be considering a new home over one that's already established - well, the fact is there can be plenty of advantages.

Firstly, there's the fact you can put your own stamp on the property. You won't need to spend time changing carpets you're not keen on and replacing kitchen units - it's yours from the start.

There's also the advantage of new builds tending to be more eco-friendly than their older counterparts, which can have a positive impact on your household bills.

Properties have to be built to high-level efficiency standards, meaning they are packed with insulation and other features that will keep your new home as cosy as possible.

There is also less of a likelihood that you'll have to make sacrifices on the layout and style of your home. With this latest data pointing to a rise in construction activity, there should be a property out there that meets your needs.

How to get the best return on property investment

To ensure you’re getting the most out of your investment property, let’s look at the things you can do to increase your rental yield.

Why location is important for property investment

Location is the most important thing to consider when investing in property. Here are some characteristics of an area that is suitable for a property investment...

Which property type makes for the best investment

When it comes to creating a property portfolio, what type of properties are the best ones to purchase for your future?