Blog Is buying an electric car worth it? 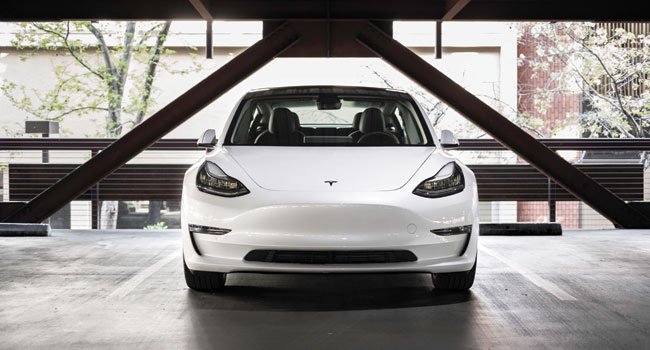 Electric cars may well be the coolest piece of technology that an ordinary person can aspire to buy right now.

Just think of it. No more visits to petrol stations, no more "regular servicing" (they don't need oil changes), super-fast acceleration, and some are even self-driving!

It is no wonder that many Australians want one. In a recent Roy Morgan survey, the number of Australians who said they intended to buy an electric car increased by 200,000 in just one year.

"Over the past twelve months, we've seen nearly a doubling in the number of Australians looking to purchase both electric and hybrid vehicles as their next car purchase. These increasing numbers send a clear signal to car manufacturers that Australians are interested in greener technologies," Ms Levine said.

"The strong growth in popularity of electric and hybrid vehicles suggests the number of Australians driving these cars will occupy an increasing proportion of the future car industry."

During the federal election campaign, the Labor party pledged to set a target of 50% of new car sales being electric by 2030. A new government analysis has forecast that half the new cars sold in 2035 will be electric, even if there is no policy support to drive this change.

While all the world's big car manufacturers get busy electrifying their model ranges, buying an electric car remains a big leap. Despite their benefits, the price tag remains a big deterrent. In fact, 73% of people who are interested in buying an electric vehicle said they would be more likely to buy one if they were cheaper, according to ACA Research.

Mike Sinclair, editor of carsales.com.au, says prices are improving (there are now a few models below $50,000) and prices are likely to keep falling in the coming years.

"Just by critical mass, the cost of vehicles will moderate but they won't become cheap," Mr Sinclair said. "And there will be more choice, which will inevitably make the market a bit more competitive."

But Australia still lags behind the rest of the developed world when it comes to the number of electric vehicles on the road - around 6,000 at last count. In Norway (which is 24 times smaller than Australia) more than 62,000 electric vehicles were sold in 2017 alone.

So why are Australians so slow to jump on the electric vehicle bandwagon? There a few reasons, but price is probably the most prohibitive factor. Until Nissan launched Leaf and Hyundai introduced Ioniq Electric this year, it was almost impossible to find an electric car under $50,000. Tack on the luxury car tax, stamp duty and import duties, and suddenly the cost of saving the planet is huge.

There's also range anxiety (concerns about not being able to drive long distances on a single charge), and the charging infrastructure still has a way to go.

Currently, there are nearly a dozen models of electric vehicles on the market in Australia from manufacturers including Hyundai, Renault, Mercedes-Benz, Kia, Nissan, Mitsubishi, and, of course, market pioneer Tesla which is due to roll out its latest model in the coming weeks.

The price tag of the Tesla Model 3 is on the high side at $66,000 - but it is possible to get a better deal on an eco-friendly car. You can bring costs down by funding your purchase with one of our unique green car loans which offers a 0.7% interest rate discount, to a tiny 4.29% (4.83% comparison) for purchasing a qualifying low-emissions vehicle. Let's say the Tesla Model 3 has been on your wish list for a while, and you're going to buy it when it rolls out. Assuming you're borrowing the full $66,000, if you take out our Green Car Loan over five years, your monthly car loan repayments for this "wow factor" car would be just $928.

If you're still mulling over the idea of purchasing an electric car, the Electric Vehicle Council (EVC) has created an online tool that allows you to compare your car to an electric car to see how much money you could potentially save.

According to EVC CEO Behyad Jafari, Australians are eager to adopt electric cars but affordability, variety, and government incentives are key.

"What we have in Australia is not a lack of consumer interest in electric vehicles, but a lack of suitable models to choose from," Mr Jafari said.

"The right level of support and standards provide manufacturers with an incentive to invest in Australia by bringing more choice to the market, providing lower cost alternatives.

Meanwhile, in the absence of government policy aimed at boosting uptake, the number of electric vehicles on the road will increase only when they reach price parity. As for how long that will take, Mr Sinclair says there will be a bigger range of electric vehicles in the next three to five years for under $40,000 - which may be an indication to wait.

Marty Andrews, CEO of Chargefox (Australia's largest and fastest-growing EV charging station network) told loans.com.au that prices for electric vehicles will drop in the next few years, so it may be worth waiting before buying.

"One of the biggest portion of costs in an EV is the battery cost. Battery costs globally have been falling considerably for years, and will continue to do so. The total cost of ownership for EV's will be the same or lower than petrol cost by the early 2020s, and the sticker price will be cheaper by the mid 2020s.

"The Bureau of Infrastructure, Transport and Regional Economics published a report only two weeks ago modelling these costs in some detail, so even the Australian Government forecasts EV prices to drop significantly over time.

"For people interested in reducing emissions, looking for a better driving experience or the convenience of just charging at home all the time, some good EV options are already available. For those looking more at the bottom line, prices will come down over time. We'll also get more EV's entering the second hand market in a few years as fleets turnover their vehicles too."

Mr Andrews said that for those considering buying an electric vehicle, the benefits will far outweigh the initial sticker shock.

"EV's are basically more expensive to buy, but cheaper to run, than their petrol based equivalents. EV's have their maximum torque available when the car is at rest. For most people, that means they feel more powerful to drive when compared with similar sized petrol vehicles.

"Their responsiveness is also instant, rather than the slight delay in a petrol vehicle between pressing the accelerator and having the car move. Those combined characteristics generally mean that people have a far better driving experience in an EV than a petrol car."

As for the eco-friendliness of electric cars, Mr Andrews said it's worth purchasing one for this alone.

"Transport in Australia is responsible for roughly 18% of our carbon emissions. EV's allow you the opportunity to massively reduce your own personal emissions, by powering it through renewable energy sources. The chargers on the Chargefox network are 100% backed by renewable energy sources. At home, you can also buy green power from your energy company or even use electricity generated by rooftop solar to run your car. It's convenient, good for the environment and free!"

It's clear that lower purchase prices and government incentives will help overcome some of the barriers that are impeding the adoption of electric vehicles in Australia. But whether or not an electric vehicle is worthwhile for you is a decision that ultimately boils down to your personal situation and preferences.