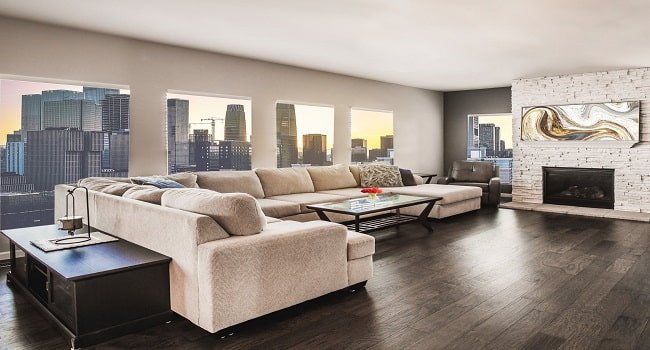 When the time comes to buy a property you have three options - an off-the plan home, a new-build or an established piece of real estate.

New figures suggest that if you have your eye on a newly built property then you won't be alone, as sales of this type of home have risen across the nation. The Housing Industry Association's (HIA) New Home Sales Report points to a significant increase in some parts of the country, while others have not fared quite so well.

No matter what type of property you decide on, make sure you take out comprehensive home buildings and contents insurance. This will give peace of mind that your property is protected, no matter what difficulties might come your way.

The HIA revealed Western Australia and Victoria as the two markets where new home sales are at their strongest. During October, sales increased 24.8 per cent and 4.7 per cent, respectively in the two states.

While this data might point to two markets standing apart from the crowd, October's Australian Industry Group/HIA Australian Performance of Construction Index suggests the recovery is more widespread.

It showed the national construction industry expanded for the fifth month in a row in October, although eased back slightly from the record high seen in September.

Over the course of the month, house building witnessed a slower rate of growth with a reading of 57.3 points on the index, while apartment construction was largely unchanged at 60.4 points. There was also a rise in construction employment, which was up for the fourth month in a row.

Markets where activity is slowing

October figures show the recovery in new home sales hasn't been widespread, with some states witnessing a fall in activity over the course of the month.

The HIA revealed a 7.8 per cent decline in sales in Queensland and 3 per cent in New South Wales, while South Australia witnessed a fall of 1.7 per cent.

There are likely to be pockets within these states where building activity is increasing, giving you the choices you need when it comes to finding new property. Researching your chosen areas is one of the most effective methods of determining where these are.

However, Dr Dale believes there is still reason for optimism, as the peak in new home sales doesn't yet appear to have been reached. He also called for efforts to be made to support the construction of new properties well into 2015.

The attraction of new properties

With so many different types of property to choose from across Australia, there must be something that's attracting buyers to new builds.

Imagine being able to move into your home and find a blank canvas. There's nobody else's personality and decor choices on display - the space is ready and waiting to be made your own.

You also have the added benefit of your new home being built to the strictest industry standards, as well as meeting environmental regulations. As a result, you could find your energy bills are lowered when you move into a new build, bringing long-term advantages to your finances.

Some states and territories offer schemes to help first-time buyers on to the property ladder, which could make realising your ambitions more affordable than you initially thought. Do some research into what's available and you could find yourself moving into your new home faster than you'd realised.

If you're looking to refinance your mortgage then a new property could be the way forward, as research shows construction looks set to rise.

Cheaper properties in Australia's capital cities have become more expensive over the last 12 months, highlighting the growth of the nation's housing market.

How to choose a suburb for growth

There are so many considerations when choosing a new home that it is easy to neglect giving a thought to a property’s potential to deliver you a capital gain if...