Blog Where is housing construction heading in 2016?

Where is housing construction heading in 2016? 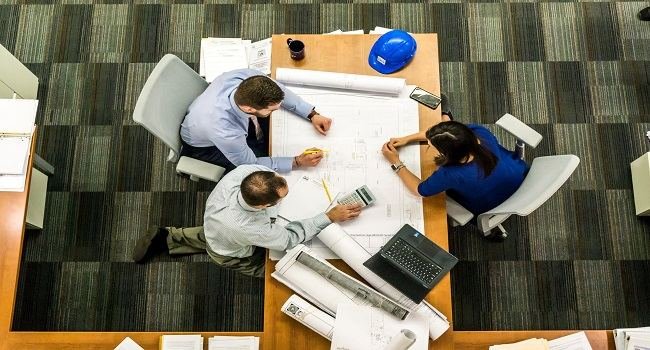 When it comes to taking out a home mortgage and hunting for a new property, there are a few factors you want in your favour. Having an abundance of choice and variety will be one of them.

As a buyer, you don't want to be cornered into purchasing a property just because it ticks five out of ten criteria boxes. From there, you would then have to compromise or readjust your lifestyle to suit where you live, rather than the other way around.

This freedom of choice you have depends heavily on the level of housing supply available versus demand. As outlined in our previous articles, this varies significantly from market to market.

As described by Commonwealth Bank's Home Buyers Index (HBI) of October 2015, cities like Darwin, Hobart and Brisbane have an abundant selection of homes to purchase. Conversely, Canberra, Adelaide, Sydney and Melbourne have faced housing shortages, with supply unable to keep up with demand.

Of course, constructing new homes is the simplest way to remedy undersupply issues and provide the next wave of home buyers with ample choices.

With this in mind, let's take a look at how new residential construction has fared over the last year and how it's forecast to perform in this one.

The seasonally adjusted estimate for approved dwellings rose by 4.2 per cent from June to July 2015.

There are two types of people that take out a construction home loan. The first are the investors and developers that build properties to put on the market. The second are people who want to construct a home with specifications tailored to their needs, which is a great way to overcome undersupply difficulties.

After having their finance and design plans sorted, the first process these people will face is getting their project approved. As seen in figures from the Australian Bureau of Statistics (ABS), the seasonally adjusted estimate for approved dwellings rose by 4.2 per cent from June to July 2015. Compared to the same period a year ago, this was a massive 13.4 per cent increase.

This reveals that approval activity was huge in the first half of 2015, resulting in more options for those getting a home mortgage this year.

One solution to solve affordability issues is to simply build more homes.

As strong as approvals were, this did begin to drop toward the tail end of 2015. Expounding on numbers published by the ABS, the Housing Industry Association (HIA) revealed that building approvals eased in November. In seasonally adjusted terms, they fell by 12.7 per cent over the month.

With a cash rate hike nowhere in sight, the Australian Prudential Regulation Authority (APRA) stepped in to tighten lending conditions and hold back the surge of demand.

This is largely due to the shift in housing finance conditions. In light of rapidly worsening affordability in cities like Sydney and Melbourne, there were fears of a housing bubble forming. And with a cash rate hike nowhere in sight, the Australian Prudential Regulation Authority stepped in to tighten lending conditions and hold back the surge of demand.

By enforcing a limit to new investment home loan growth and increasing capital requirements, major banks were forced to rein back their lending. While this has helped to cool prices, it has also slowed down building activity.

However, HIA Economist Geordan Murray points out that this total figure is still 7.9 per cent higher than what was seen in the same period last year. It certainly emphasises the overall strength of 2015's performance.

That being said, Mr Murray says that the housing approval peak is "now likely behind us". He also adds that while there is a large amount of construction work that will spill through the first half of 2016, the second half will see this drop a little as a result of these cooling approval figures.

This indicates that while a good range of properties will be on the market in 2016, those buying the year after with a home mortgage may not be treated to the same level of variety.

After projects receive approval, they will eventually be green-lit for construction, and will commence building. In 2015, construction activity has seen a huge increase.

Expounding on ABS figures, HIA's Home Building and Renovation Update in October revealed that there were 212,000 home commencements in the 2014-2015 fiscal year. This is the highest annual level ever recorded.

In this period, around 114,000 were detached houses, which HIA records as one of the best four quarter performances for this type of building.

Housing construction climbed in 2015 but is losing momentum.

A January 20 release by the Property Council of Australia shows that this momentum has carried through all the way to late 2015 and early 2016. Examining ABS figures, it reports that there were 55,532 building starts over the December quarter, which pushes the 12 month total to 215,329 - an 11 per cent increase over the year before.

Apartments and other multi-unit buildings are finishing construction in greater volume, which will hit the market in the next six months.

"The Australian residential industry is shining. The industry is tracking at its highest ever levels – we are tracking at 50,000 additional homes a year above the 10 year national average," says Executive Director Residential Nick Proud.

Furthermore, apartments and other multi-unit buildings are finishing construction in greater volume, which will hit the market in the next six months. This is crucial in denser cities that have faced a lack of housing, providing a large number of homes within a small amount of space.

This is, again, most likely as a result of building approvals that are expected to trend lower. For house hunters in this period, it could result in fewer choices on the market, and give people the incentive to build their own home with a construction home loan.

As you can see, we've taken a look at building approvals and commencements which will go on to affect activity in the next few years. But which states and territories found momentum, and which struggled to find a footing?

The Property Council reveals that in the last twelve months, Queensland, Victoria, New South Wales and Tasmania recorded respective commencement growths of 12.9 per cent, 16.3 per cent, 17.5 per cent and 37.3 per cent.

Conversely, Western Australia, South Australia and Northern Territory had decreases of 3.5 per cent, 4 per cent and 20.1 per cent.

Whether we'll see the tables turn for those in negative territory over the coming year is something only time will tell. With continual pressure on the government to cut the red tape and obsolete policies restricting housing growth, we might see the floodgates open in some of these areas.

While there are definitely a lot of numbers to crunch here, they can be useful in helping you make real estate decisions. Perhaps you may even have realised that you don't want to rely on the housing supply being built by others. If you feel like you want a home tailored to your needs after all, get in touch with loans.com.au. We can provide you with a range of different construction home loan options that will finance your dream house project.

Fund your renovation with construction loans

Whether you’re doing a home improvement or you want to renovate your home for the purpose of selling, a construction loan is a good way to fund it. Find out how...

What's the cost of installing a pool?

Having a pool comes with many benefits. In addition to giving you a spot to cool off on a hot day, it can also potentially add value to your house. Here’s how m...

With most people on their breaks and spending more time at home, summer can be a popular time of year for renovations. Though the sunny days and balmy nights ha...